RIYADH, Saudi Arabia, Sept. 28, 2019 /PRNewswire/ — On Wednesday, a British parliamentary delegation headed by MP John Woodcock was welcomed at the headquarters of the Saudi Development and Reconstruction Program for Yemen (SDRPY) in Riyadh. Also attending the meeting from the British side were MP Graham Jones; Mr. Peter Welby of the Institute for Global Change; Ms. Charlotte Leslie, Director of the Conservative Middle East Council; and Mr. Alexander Keynes. 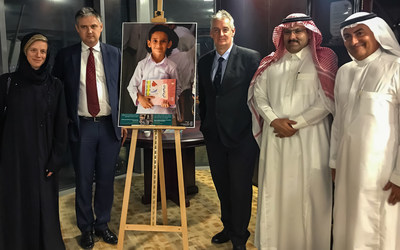 Together with SDRPY staff, Saudi Ambassador to Yemen and SDRPY Supervisor-General Mohammed Al Jabir delivered a presentation to the UK delegation on the Kingdom’s development efforts in Yemen and the support that the program was providing to the Yemeni government through development projects in different sectors, namely: education, health, transportation, water, electricity, agriculture and fisheries, and government building construction. Amb. Al Jabir also explained that the Kingdom’s direct financial support to the Central Bank of Yemen as of 2019 amounted to USD 3.2 billion, and that this had helped to prevent sharp deterioration of the Yemeni economy.

Both sides discussed cooperation in the field of humanitarian relief and development work in Yemen, and the positive impact that could be achieved for the Yemeni people through the joint implementation of projects and continuous coordination of support.

The British delegation members expressed their pleasure at visiting the Kingdom and meeting Ambassador Al Jabir and his team. They also conveyed admiration for what they had seen of the program’s ongoing projects in Yemen, stressing that stability was the basic building block for the thorough development that Yemen now needed. 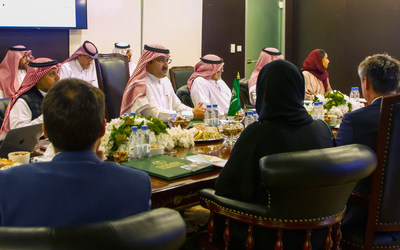