GUANGZHOU, China, Oct. 17, 2018 /PRNewswire/ — The China Import and Export Fair (Canton Fair) kicked off in Guangzhou on October 15 gathering over 25000 exhibiting companies. The 124th fair, taking place during the anniversary of China’s opening and reform, also celebrated the integral role of the fair in its contribution to global trade over the last 40 years. Over 636 companies and 10 national and regional delegations from 34 countries and regions took part in the International Pavilion. In the brand section this year, 58% are manufacturers, and 31.5% are new exhibitors. 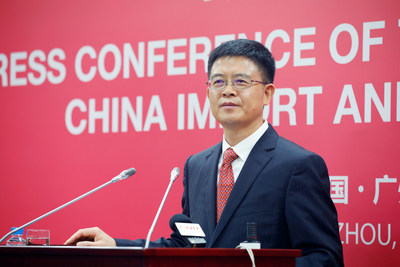 “The Canton Fair will make good use of resources from domestic and international markets and contribute to the balanced development of China’s foreign trade through an expansion of our global network for strategic cooperation and product offering,” Xu said. “For example, Phase 1 will showcase industrial products with high technological features from premium brands, while Phase 3 will introduce consumer products which have higher market demand.”

The fair includes three phases running from the 15th October to 4th November. To see a list of all product categories represented at Canton Fair, visit: http://i.cantonfair.org.cn/en/index

The China Import and Export Fair (“Canton Fair”), is held biannually in Guangzhou every spring and fall. Established in 1957, the fair is now a comprehensive exhibition with the longest history, highest level, largest scale and largest number of products as well as the broadest distribution of buyer origins and the highest business turnover in China.